Despite the second straight weekly decline reported by the Labor Department on Thursday, claims are hovering near a five-month high. There have been job cuts in sectors like technology and housing amid fears of a recession as the Federal Reserve aggressively tightens monetary policy to quell price pressures.

“The labor market’s best days are behind it,” said Christopher Rupkey, chief economist at FWDBONDS in New York.

Initial claims for state unemployment benefits fell 2,000 to a seasonally adjusted 229,000 for the week ended June 18. Economists polled by Reuters had forecast 227,000 applications for the latest week. Claims have been treading water since tumbling to more than a 53-year low of 166,000 in March.

While agreeing that there has been a loss of momentum in the labor market, some economists also blamed the stalled progress in claims on issues with the seasonal factors, the model used by the government to strip out seasonal fluctuations from the data.

“The recent upward trend in the seasonally adjusted data has occurred mostly because unadjusted filings have not declined as much as the seasonal factors anticipated. Filings before seasonal adjustment have remained very low in recent weeks,” said Daniel Silver, an economist at JPMorgan in New York.

Unadjusted claims fell 3,255 to 202,844 last week. Illinois and Florida reported large declines in claims, which helped to offset a notable increase in Michigan.

The overall labor market remains tight. There were 11.4 million job openings at the end of April, with nearly two openings for every unemployed person. But with rising reports of companies freezing hiring and withdrawing employment offers, job openings are set to trend lower.

Stocks on Wall Street were higher, recouping some of the recent steep losses. The dollar advanced against a basket of currencies. US Treasury prices rose.

Despite the lack of progress, claims are at the average level seen in 2019. Economists say they would need to rise above the 250,000 mark on a sustained basis to raise alarm.

“There’s nothing obvious here that points to a weakening labor market,” said Isfar Munir, an economist at Citigroup in New York. “While anecdotal evidence is suggestive of more firms laying people off, especially tech firms, it remains to be seen in the hard data, and even when it does, it is unlikely to be large enough to shift the current narrative. “

The US central bank last week raised its policy rate by three-quarters of a percentage point, its biggest hike since 1994. The Fed has increased its benchmark overnight interest rate by 150 basis points since March.

Recent retail sales, housing and manufacturing data suggest the economy is already losing speed after appearing to have rebounded from the first quarter’s slump, which was mostly driven by a record trade deficit.

That was reinforced by a survey from S & P Global on Thursday showing its flash US Composite PMI Output Index, which tracks the manufacturing and services sectors, dropped to 51.2 in June from a final reading of 53.6 in May.

A reading above 50 indicates growth in the private sector. Its flash composite orders index tumbled to 47.4, the first contraction since July 2020, from 54.9 in May.

Last week’s claims data covered the period during which the government surveyed establishments for the nonfarm payrolls component of June’s employment report. Claims rose moderately between the May and June survey periods.

The economy added 390,000 jobs in May. The claims report also showed the number of people receiving benefits after an initial week of aid increased 5,000 to 1.315 million during the week ending June 11.

Next week’s data on the so-called continuing claims, a proxy for hiring, will shed more light on June’s employment report. Employment is 822,000 below its pre-pandemic level, a gap economists expected will be closed in the coming months.

“New filings increased between the May and June payroll reference weeks, suggesting that job growth continued to moderate,” said Ryan Sweet, a senior economist at Moody’s Analytics in West Chester, Pennsylvania. “This is what the Fed wants, as it wants the economy to cool off. “ 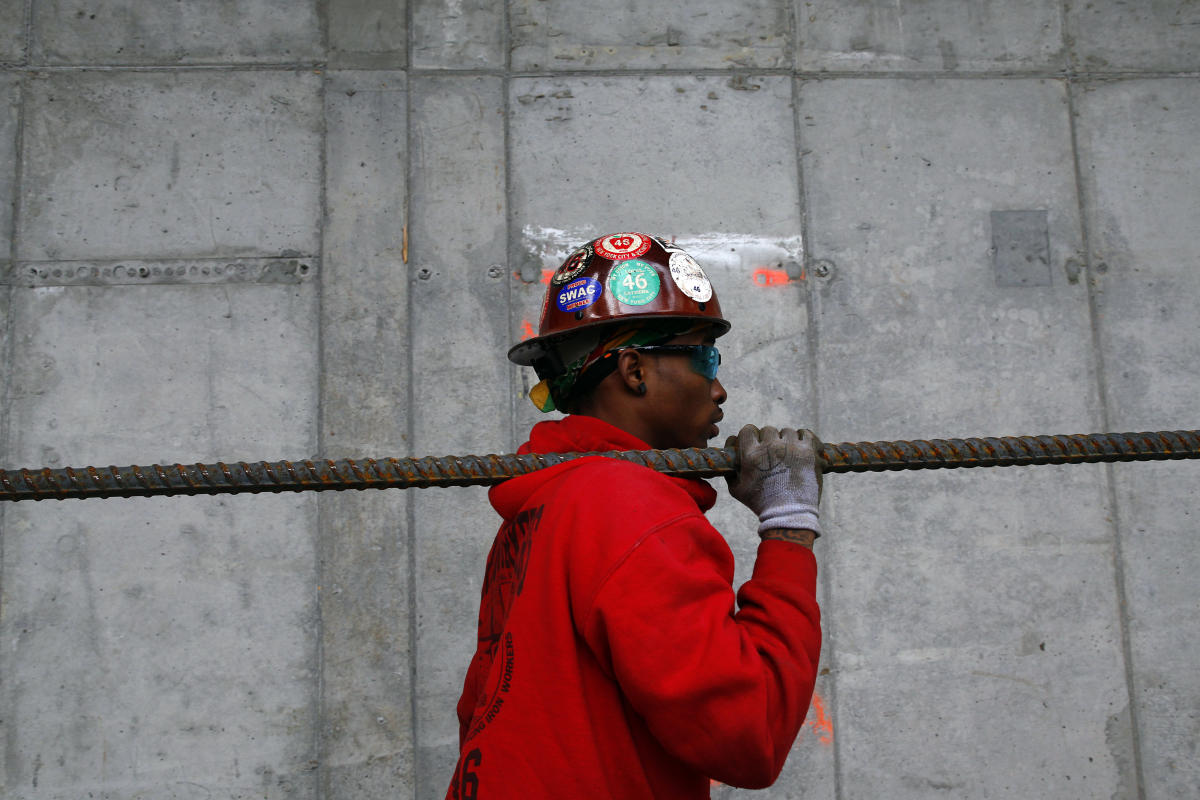