Most of the small business owners I speak to recognize that the economy is starting to slow. For now, their order books and backlogs seem to be okay. And things are certainly nowhere as bad as they were during the pandemic. But already they’re telling me that there’s a softening in demand, a pullback on quotes and a buildup of inventories. Many of the experts and analysts I follow are also seeing darkening economic clouds on the horizon.

For example, former Treasury Secretary Larry Summers says an economic “soft landing” is unlikely. Goldman Sachs is predicting a one-in-three chance of a recession in the next 24 months. Deutsche Bank is warning of a “major” recession in the coming months. Elon Musk says we’re already in a recession and will continue to be there for another year and a half.

There’s certainly data to support their positions. Both manufacturing and service growth have slowed significantly. Small business expectations are at a 48-year low and two-thirds of small businesses are already reporting lower profits over the past six months. Consumer confidence (despite last) month’s strong retail sales) is fading as household debt piles up. GDP went negative last quarter, the stock market has dropped almost 4,000 points (11 percent) this past year and everyone I know is expecting the Federal Reserve to take even more aggressive steps than It’s already announced to try to tame inflation, which is spiraling and appears poised to continue that way thanks to war in Ukraine, China’s recent pandemic lockdowns and the trillions of dollars of stimulus money chasing too little demand. ..

Will this be as dire as 2009? That’s unlikely – with the exception of the crypto markets, no one’s seeing a bubble. Will inflation and interest rates rival the rates we saw in the 1970s? Also unlikely. But, to me it’s very likely that my clients will see the effects of a slowing economy by the end of this year and the beginning of 2023.

But there is a potential bright spot: A recession could be a good thing for America’s small businesses. Why? Because it will help alleviate our two biggest headaches this year: prices and labor.

A slower economy means slower demand, which provides the chance to even out supply shortages. With less demand for products, prices will also stabilize and perhaps even fall. “In the 1960s, low unemployment pushed up wages and consumer prices,” write Sage Belz And David Wessel of the Brookings Institution. “In the 1980s, a severe recession with unemployment that peaked at 10.8 percent brought inflation down from historic highs.”

Too much inflation is bad, as is too much deflation. That’s the puzzle economic policy makers have faced for decades. But if the economy slows, small businesses can expect to see a softening in their core material costs, which have skyrocketed during this past year — And in many cases have risen well above the 11 percent producer price index. So, while no one wants to see a slowdown in demand, a mild recession may be the antidote to our current inflationary problems, assuming of course that the recession stays mild ..

Inflation is also driven by wages, which brings me to the next benefit of a downturn: more labor availability.

Corporations are notorious for using recessions to cut their payroll fat. This couldn’t happen during the pandemic without looking evil. But given that more than a million new businesses have started up during the past two years and that many of them were started by work -from-home employees with apparently too much time on their hands, it stands to reason that there’s some fat to be cut. Already Wells Fargo, Facebook Netflix, Robinhood and a slew of tech firms have announced layoffs or “hiring freezes.”

When that happens, more employees will be looking for jobs, and that’s a potential benefit to the millions of small firms that are desperately looking to fill positions.

Some worry that wages will be negatively impacted, but I don’t see that. Some 11.5 million jobs remain unfilled, and even amid such low confidence, the National Federation of Independent Businesses reports that almost half of the small business owners they surveyed are looking for talent.

Smart small business owners who have been through economic cycles before know that a downturn won’t last forever. They also know that the difference between their long-term success and failure rests on the shoulders of the employees they have. And they’ll snap up any available workers that were shed by big brands and pay them whatever’s necessary to join their firms. That’s my hunch and it’s based on a lot of strong anecdotal evidence.

National security and scientific potential: Congress is finally taking UAP seriously South Korea is the missing link to the US Indo-Pacific strategy

Of course, there are many challenges during a recession. But there are also plenty of additional upsides for small businesses during a downturn, particularly those that have squirreled away some cash for just this occasion. Competitors go out of business. Assets and property become more affordable. Mergers and acquisitions (M & A) deals are more attractive. Landlords are more willing to negotiate lease rates to keep their tenants. Employee turnover declines and productivity improves as people fear for their livelihoods. Governments don’t increase taxes during economic downturns.

Warren Buffett once said, “I think the most important factor in getting out of the recession actually is just the regenerative capacity of American capitalism.” This is true. A recession is coming. Maybe it’s already started. But the smartest small business owners aren Let’s hope you’re one of them. And, assuming they’ve got the capital, they see opportunities to use this downturn to their advantage.

Gene Marks is founder of The Marks Group, a small-business consulting firm. He frequently appears on CNBC, Fox Business and MSNBC. 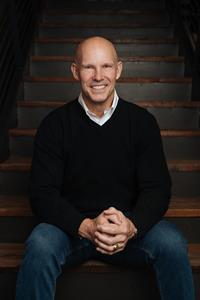 Will a recession trigger renewed interest in old-fashioned enterprise budgeting and finance software?

This Business Method Takes the Risk of Failure Off the Table