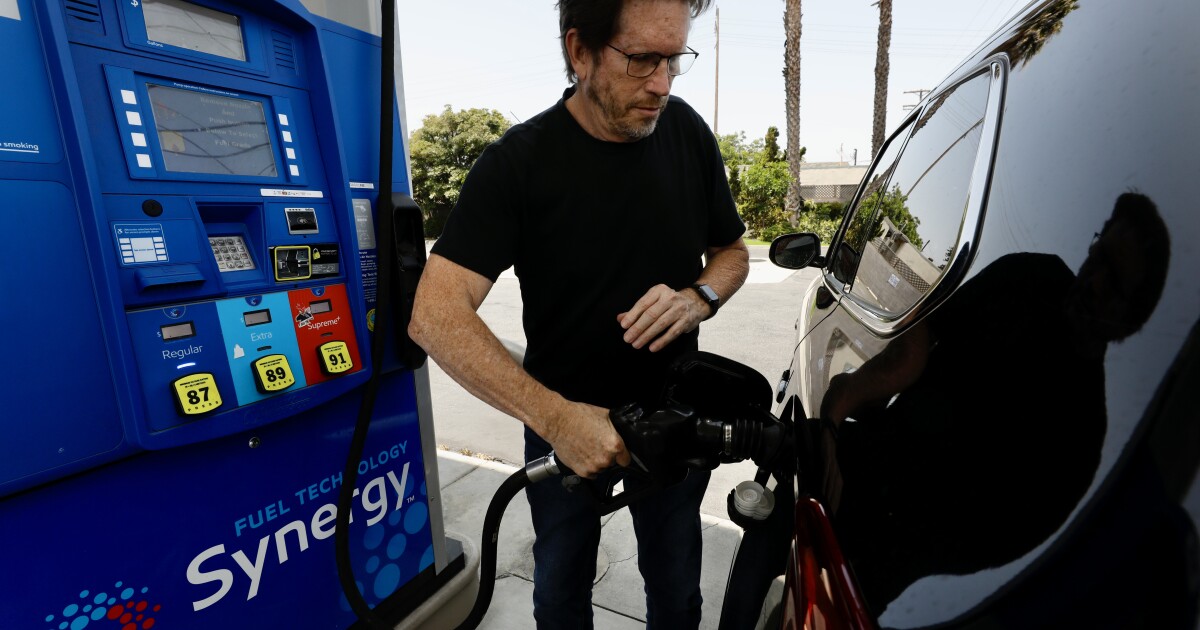 With steep gasoline prices still stinging Californians at the pump, Democratic Assembly Speaker Anthony Rendon on Monday announced a legislative inquiry to determine if oil companies are “ripping off” drivers.

Combined with the highest inflation rate in four decades, California’s highest-in-the nation gas prices remain a volatile political issue in the midst of an election year, and Republican lawmakers continue to attack the Legislature’s Democratic leadership for failing to take quick action to provide relief.

Rendon said the Assembly select committee will consider what measures the state can enact to reduce gas prices and “stand up to the profiteers who are abusing a historic situation to suck profits from California’s wallets.”

Committee hearings are expected to begin in coming weeks and could run through November.

“It is no secret that Californians are enduring financial pain at the pump. Amidst global uncertainty, supply chain challenges and COVID there are questions as to why gas prices are at an unprecedented high with no apparent end in sight,” said Assemblymember Jacqui Irwin ( D-Thousand Oaks), who will chair the committee. “California leaders must protect consumers from further harm.”

Republicans for months have been pushing for a temporary suspension of California’s 51-cent-per-gallon excise tax on gasoline, including a small increase scheduled for July 1, arguing that it would provide immediate relief to California drivers.

Newsom and Democratic legislative leaders have rejected the idea.

Rendon on Monday said doing so would cut off funding for much-need infrastructure projects and cost jobs. He added that there’s no guarantee that the oil companies would pass that savings onto drivers.

“It ’s pretty amazing the level of gymnastics that the [Democratic] supermajority and governor here are willing to do to sort of avoid taking the easiest, simplest, most meaningful and most commonsense step that’s available to us, ”Kiley said.“ We have the most expensive gas prices in the country by far, that’s not because oil companies are treating California differently than other states. ”

As part of the ongoing budget process, the governor and Democratic legislative leaders continue to negotiate over how to ease the financial pain faced by Californians with a new batch of tax rebates.

The Senate and Assembly’s budget calls for returning $ 10 billion to Californians, with $ 8 billion set aside for rebates, $ 1.3 billion for small businesses and nonprofits and $ 600 million in tax credits for the state’s lowest-income residents and workers who pay union dues.

Rendon said the Assembly and Senate are close to reaching an agreement with the governor on the details of the relief package.

The select committee’s inquiry into high gas prices follows an earlier investigation Newsom asked the California Energy Commission to conduct in 2019. The commission later published a report that found that the big corporate gas stations charge “higher prices for what appears to be the same product” and raised the possibility that competing oil companies were illegally price-fixing.

After the report was released, Newsom asked the state attorney general to investigate whether California’s leading oil and gas suppliers are involved in price fixing or other unfair practices. The status of the investigation remains unclear.

Small businesses operate as the heart and soul of Eatonville